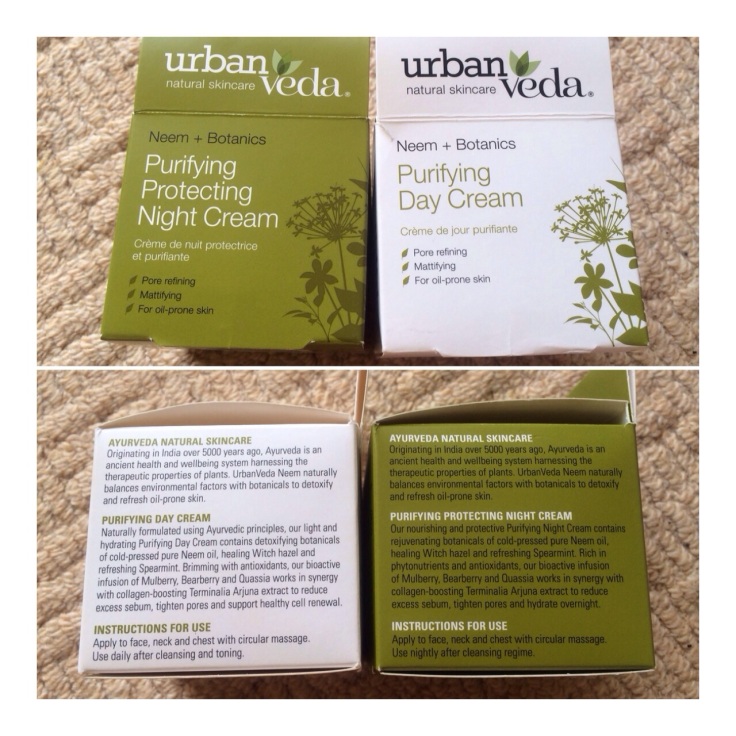 When it comes to skin care, I’ve always been one of those people who sticks to whatever works, no matter what the cost or how hard it is to get those products. However, since subscribing to GlossyBox here in the UK, the constant disposal of skin care products never ceases to disappoint in the skincare sector. I receive a tonne of creams and lotions and potions and often try then really hesitantly in case they do more damage than good. However, after realising my skin generally reacts well with new products, I have broadened my horizons and now try the new products willingly. 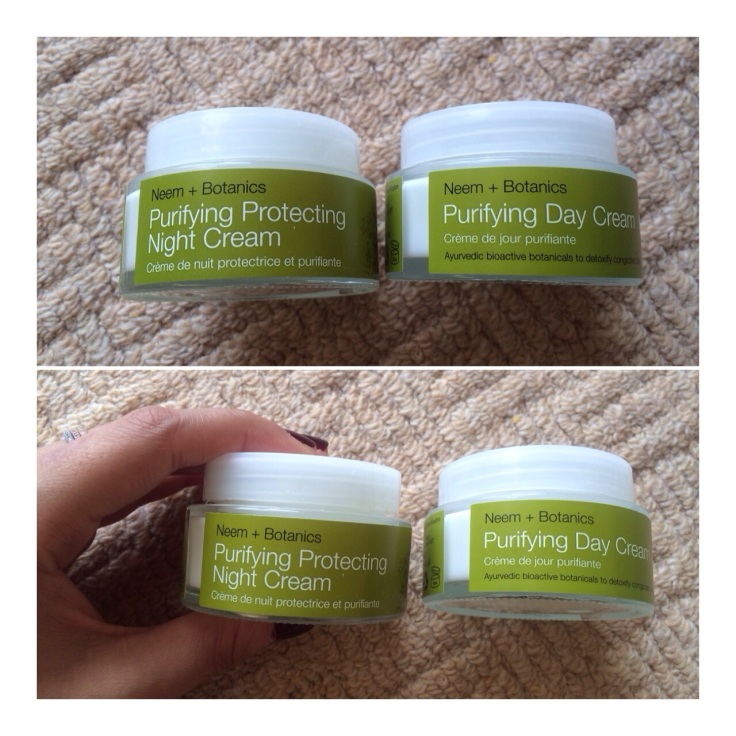 I received a sample of Urban Veda’s purifying day cream in Septembers GlossyBox which I blogged about and instantly fell in love with this stuff! I’ve recently noticed my skin becoming even more oilier than ever before and although it’s irritating, at least I know that my body is releasing in essay oils from itself. I’ve been going crazy looking for a cream that has everything: SPF, moisture, essential oils, vitamins and all in budget!

When this cream came about I fell in love! It is designed to target oil-prone skin and is mattifying .. What more could I ask for? Well it also claims to be pore refining and lightweight! All these things.. CHECK! This cream is amazing! After trying out the sample size, I immediately purchased the day and night cream!

Now I have to be honest and say the night cream is a little too heavy right now, but only because my skin is oily and I think during the winter months, this cream will be perfect! However he day cream is AMAZING! I’ve hooked two other people to this and they love it too!

It’s almost like wiping water on your skin, and it leaves a just-cleansed kind of feeling on your skin! It’s so mattifying, if you apply on an oily area of your skin, you’ll see the shine disappear! It’s super lightweight and the packaging is small and light enough to carry around with you for travelling! I honestly love this cream! It’s the perfect price point too at each cream costing only £14.99! A little goes a long way thus making it even lighter on your purse!

I could go on about it.. Silly when you think it’s only a cream, but my skin loves it! And now, so do I! I’d love to try other products from their range too! Have any of you tried anything from Urban Veda before? Visit their website here.

I done a post on the 2012 Olympics and mentioned how all the participants done so well! Then the Paralympics came round.. And I’m speechless!

People say that they’re Superhumans and I took that so lightly! I shrugged it off and made nothing of it because I never realised the impact their ‘disability’ had on their lives!

When the opening ceremony arrived, I looked the athletes that came in on wheelchairs, with no arms, no legs and some with no limbs at all! And that’s where I thought.. How will these people swim, fight and play? How is it humanly possible to do so?

The first game I watched was Basketball.. Which quickly became my favourite! I LOVE IT! As well as watching it for the Olympics, I’ll keep up to date with it throughout the USA, Canada and GB players careers because they’re amazing! How a player can shoot a ball from a standstill (or sit still), with one hand and LAUNCH it to the other side of the court.. It’s beyond my understanding how they do it! 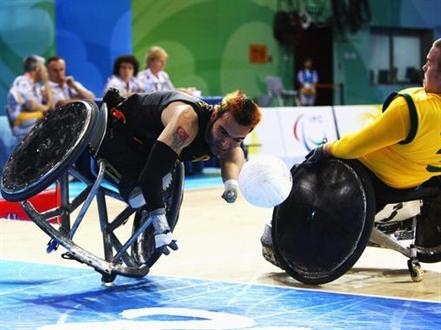 The training they do is excruciating! Not only for athletes who train day in and day out without the help needed of equipment! Remember.. The sprinters on the tracks have to take the weight of their wheelchairs too.. With their arms!!! THESE PEOPLE ARE AMAZING!!! 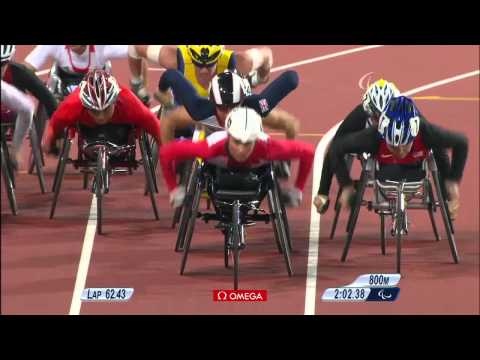 What us viewers and spectators fail to realise is that these people train for YEARS! Not a few months prior. They put their life and soul into their dreams and they don’t stop until they succeed!

These people who have no limbs.. A tragedy which we feel will leave them unable to live their lives normally.. But look at them! They live their lives EVEN MORE! They go abseiling, bun-jee jumping and take part in the worldwide phenomenon.. The Olympics!!

Once again:
To all the staff.. Including my beautiful cousin, Miss. A.. CONGRATULATIONS!!! You worked in the Olympics which is probably one of the most rarest jobs in the world!

To all the volunteers.. Thank you for everything you did to make these games so special.

To all the coaches, trainers and health people.. You made some of the best athletes

But most of all.. To the athletes..

Thank you for opening the eyes of those people who are so naive to think that having a physical problem would limit your dreams.

Congratulations for taking part in a once in a lifetime opportunity.. If you’re in the UK, your one-time dream of competing in the most prestigious event in your hometown.. YOU DID IT!

Well Done for being so brave! You are like no other human on the planet.. You’re truly unique!

Next time you see someone in a wheelchair, don’t label them disabled.. They’re not.. They’re able! More than able! They’re incred-ABLE!

I’m not the biggest fan of MAC, if i’m honest.. HOWEVER! Some of their products are truly unique. When i buy make up, I look for things that no other company has. Price isn’t so much of an issue for me as I have a wide mixture of low-end, mid-end and high-end brands. When i find something that is on offer or that i find is really good value for money, I snap it up! But i’m not afraid to spend a little on something, too.

I was thinking about what brand to show my collection of and chose MAC cause i have the perfect amount of products to do a decent sized post on and also.. Cause i think i have some of their staple pieces! Matched with the fact that they are available worldwide WOO!

When i got into MAC, no one ever used to mention the prices of the products and nor do they have them listed at the counters. Their foundations range from £16 – £29 so, more than high street but think about Bourjois who have their Healthy Mix range at £11.99! FOR DRUGSTORE!?!?!

Lustre drops are £17.50 so VERY HIGH END for a highlighter. But Benefits infamous High Beam and Moon Beam are around the same too!

Lipsticks are £13.50 and the most staple pieces you could find. Spend the extra money and get them because i think they’re just FABULOUS!

Mac Blushes are $17.50 and this is a lot for a blush. But if you choose a super rich colour that is very pigmented (like most of the MAC range is), you’ll get your money’s worth because the product lasts you so long!

Here’s the MAC site! you can get MAC from Debenhams, John Lewis, MAC stores, Selfridges, Fenwicks, House of Fraser and online!

Debenhams are doing duty free prices on all their beauty products at the moment and MAC online have free shipping on orders over £30! So take advantage my fellow Make Up Addicts!

Happy Birthday to the best man in the world!

Let alone how you make me feel

You are my life My beautiful man! Happy Birthday! X